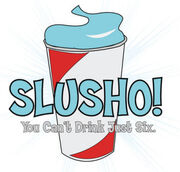 Slusho! is a soft drink manufacturer owned by Tagruato. The company is featured in Cloverfield and also appears in several other TV shows and movies.

The Slusho! drinks are classic Slush beverages with a special ingredient called "Seabed's Nectar", giving it a highly addictive quality. It is claimed by the company that the addition of the Seabed's Nectar also makes it extremely healthy. 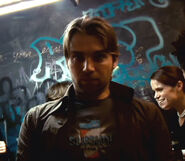 The Cloverfield Paradox
Community content is available under CC-BY-SA unless otherwise noted.
Advertisement