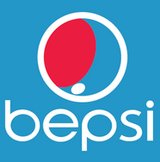 Bepsi is a soft drink brand based on Pepsi featured in various anime, the most popular use is in Yowamushi Pedal. The brand was most likely used to avoid the Pepsi trademark. The various anime that feature Bepsi have no connections.

Bepsi became popular with the Yowamushi Pedal fandom on the internet, because one of the characters likes to drink Bepsi. 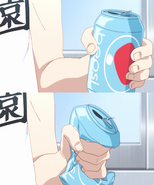